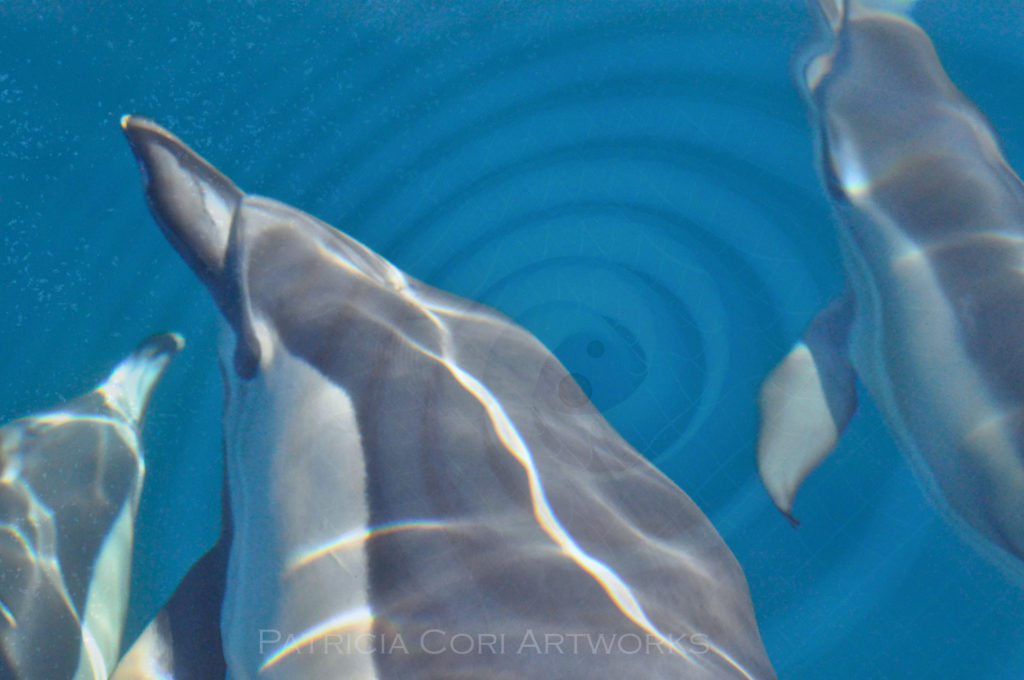 That may sound like some wild, wishful thinking from a slightly “over the top” music aficionado like me, were it not for the fact that some amazing discoveries from the scientific and biological research communities are coming to a very similar conclusion, as technologies of our era allow us to unravel the fabric of several outdated belief systems and weave a new tapestry that depicts a far more incredible landscape on Earth biology.

“Surround sound” takes on a whole new meaning when you stop, silence the noise and listen to the collective consciousness of countless species who contribute to the song of life on the planet.

Indeed, if you listen to the discoveries of music producer Jim Wilson, whose album, God’s Chorus, reveals several sound tracks from the insect world, you will hear the absolutely remarkable sound of nothing less than a full church-style A-Capella choir, when a recording of chirping crickets is played in slow motion. Are they singing some sacred music for the Earth?

And is it the bird song – some hidden frequency in their springtime melodies – that awakens flowers to bloom? Or the actual buzz of a bee that excites the stamen of a flower to eject its nectar?

What other Earth songs are we missing, as we scurry along in our busy, cacophonous lives – rushing through our noisy cities on subways, trains, stuck in our automobiles, blasted by sirens, horns, motors and drills?

In my book, Before We Leave You, I bring messages from the whales and dolphins and put forward the idea that the oceans of Earth are virtually gigantic concert halls, in which countless species contribute to a deliberate, well thought out nature symphony that literally holds the oceans in balance. In fact, we are learning more about the sounds of different Cetacean species: sperm whales, with their clicking rhythms; the mighty humpback whales, whose melodic ‘songs’ can reach thousands of miles through the oceans; blue whales – the largest animals alive on this planet – and their mysterious calls; the dolphins and their squeaks, squeals and chatter. Are these sounds and communications simply mating calls, or calls to the hunt, as has been suggested by the mainstream marine biologists? Might there just be a higher purpose to the orchestra that sings the oceans alive?

Many animal activists are growingly concerned and vocal about the use on military and commercial sonar blasting in the oceans – for what purpose still remains unclear to those who are paying attention, and no doubt even more perplexing to the marine mammals, many of whom are going deaf or having their brains literally blown out from the pressure these blasts creates in their highly sensitive aural cavities. According to Wikipedia, an important finding in recent date from Dr. Christopher Clark of Cornell University, states that, in a process called the Lombard effect, whales “adjust their song to compensate for background noise pollution.

Moreover, there is evidence that blue whales stop producing foraging calls once a mid-frequency sonar is activated.” One shudders to think what the high-frequency sonar available to the military is doing to silence the song of the seas and alter the life forms that inhabit it.

Dr. Clark also says that the songs of whales may have been able to reachfrom one side of an ocean to another, before the introduction of human noise production from shipping, recreational boating and, of course, before sonar testing. Clearly, with the ambient noise from boats doubling every decade, the range at which whale sounds can be heard is being reduced dramatically. What does that mean for our oceans, and our planet?

I weave that question into my latest book, The Emissary, a sci-fi fantasy fiction thriller that delivers, as one of its primary themes, my concern of how sonar is destroying the oceans. The Emissary shakes us out of our ennui, and makes us look at the very real question of the impact this torturous sound is having on the life within the oceans and the very music of the oceans themselves. With 78% of our planet covered in water, can we really afford not to listen?

Before you consider dismissing my theories as fantasy, let us remember that back in the Carter Administration, two DVD–like disks called “the Voyager golden disks” were sent out into space on the Voyager launch, in the hopes that some distant intelligent E.T.s might run across them, and realize there is intelligent life on this little blue marble called “Earth.” Among the sounds chosen to send into the heavens were the calls of humpback and other whale species’ calls.

What did President Carter’s team know that seems to be eluding us? That the whale song is a key to understanding life on our planet is the obvious, and that somebody in high places believes E.T. exists and is listening is the sublime.

I invite us all to contemplate, if not recognize, how truth is turning out to be far more extraordinary than fiction.